“As humans, we can identify galaxies light years away and we can study particles smaller than an atom, but we still haven’t unlocked the mystery of the 3lbs of matter that sits between our ears.” – President Barack Obama on the BRAIN Initiative

Over the past few decades, efforts such as the BRAIN initiative have shed light on the amazing processor that is the brain. This increased understanding has made a profound impact across countless industries. Similarly, what we know about the brain influences how we think about human behaviours, particularly in the areas of leadership, decision-making, brain fitness, teamwork, problem solving and change management. This one-day program will attempt to capture and discuss some of these game-changing findings and applications.

For instance; is it true that if we can change someone’s belief, then we can also change their actions? Definitely. But what’s also true is that the belief isn’t the only thing we can change in our brains. That’s where Brain-BASEd leadership comes in. Among other implications from breakthrough brain science, this workshop will unravel four key factors – Belief, Action, Social and Environment, all of which combine to influence the way people perceive the world. Leaders will learn the simple reason why humans do not like change, and, how to make it happen. After going through the session, participants may be surprised to find that they are now empowered with the capability to change anyone – starting with themselves.

Leading the brain isn’t as hard as you think once you know the secret of how it works!

**This program is part of the Accelerate Workshop Series.

At the end of the workshop, participants will be able to:

Workshop At A Glance

Who Should Attend?
Aspiring leaders. It does not matter what you do – whether you are a line manager, C-level executive, entrepreneur, or simply an individual wanting to lead a better, more meaningful life, understanding your brain and that of others will help to unleash your leadership energy and potential. 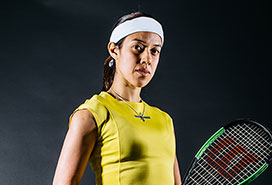 Datuk Nicol David is one of the most decorated athletes of a generation and has broken a succession of remarkable records during her career. After turning professional in 2000 at the age of 17, she won the World Open title 8 times and retained the no. 1 ranking for 112 months (109 consecutive months), the longest reigning World no.1 squash player.

Datuk Nicol has been recognised and awarded internationally and locally. A notable award was the Tournament of Champions Women’s Leadership Award 2017 (the only Asian to receive this award). She has been awarded the WSA Player of the Year on seven occasions: 6 consecutive years between 2005 to 2010 and 2012. In Malaysia, she was conferred the Federal title of “Datuk” by HRH the King on 9 September 2017 for all her contributions to the nation’s sports achievements. In June 2019, Datuk Nicol retired from the professional squash arena. Her last tournament, the British Open, was a fitting end to a stellar and illustrious career. 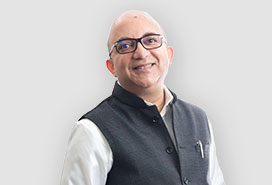 Rajeev’s professional roots are in the industry. He has been Chief Learning Officer of both Coca-Cola and Morgan Stanley, and has formerly held senior positions at American Express and Goldman Sachs. He has provided coaching, consulting and advisory services globally. His clients include Deutsche Bank, HSBC, Mitsubishi, Johnson &amp; Johnson, MetLife, The World Bank, US Treasury, PwC, Nestlé, Prudential, Maybank, Great Eastern, Citibank and many more.

Rajeev is a sought after international speaker and has been widely featured in international media platforms such as Bloomberg TV &amp; radio, National Public Radio (NPR), Harvard Business Review, Mint-Wall Street Journal and the Conference Board.

He has been named one of Top 100 Global Thought Leaders for Trustworthy Business in 2014, and a 2017 Top Thought Leader in Trust by ‘Trust Across America’. Rajeev and his family have lived in fourteen cities in eight countries. 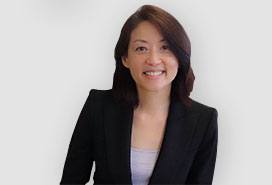 Rosaline Chow Koo founded CXA Group in 2013 to overcome antiquated processes and to address escalating costs from worsening employee health. Taking a major risk, she invested SGD5 million of her own life savings and secured another SGD5 million in a personal loan to build her own company. Currently valued at US$100 million and having raised US$33 million in funding, CXA has grown to serve 400,000 end-users across 20 countries in Asia.

As Founder and Chief Executive Officer of CXA, Rosaline has accumulated numerous industry accolades, with the most recent ones being the Woman Leader of the Year Award at the 22nd Asia Insurance Industry Awards 2018 and Asia’s Top CEO Award by Influential Brands® at the 6th CEO Asia Summit 2018.

Prior to starting CXA, she spent eight years as the Asia-Pacific leader of Mercer Marsh Benefits. Rosaline also led start-ups and managed corporate turnarounds for 25 years in the US and Asia. 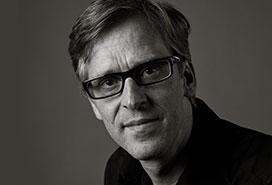 Fredrik Haren is an author and global keynote speaker on Business Creativity, Change and Global Business. He talks on creativity, innovation and idea generation – and on how to develop a global mindset and build a truly global company. Haren has delivered 2,000 presentations in over 65 different countries on 6 continents. His speeches help the audience understand how valuable it is to think in new ways – and how difﬁcult this is to achieve.

He is also the author of 10 books, including ‘The Idea Book’ which was included in ‘The 100 Best Business Books of All Time’ as well as the author of “One World. One Company” – a book about what it means to be a Truly Global Company. 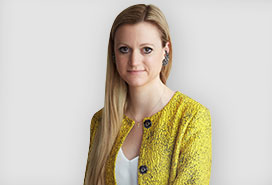 Sophie Hackford is a futurist, synthesizing explosive and interconnected technology and science breakthroughs from around the world. From satellite swarms to AI demonstrating intuition, we are becoming entangled with machines and will be surprised by the consequences. As part of her research, Hackford advises executive teams and boards of large companies onunderstanding new technologies defining the new economy.

Hackford is also founding CEO of a data and AI company, 1715 Labs, which she is currently working on out of the Astrophysics department at Oxford University. This follows a career building businesses for WIRED magazine, for Singularity University at the NASA Research Park in Silicon Valley, and prior to California, the interdisciplinary Oxford Martin School at Oxford University, where she raised more than US$120m of research investment. 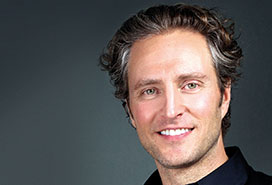 Stefan Olander is the founder of BrandNew, a company that helps organisations bridge the gap between physical and digital, and delivers solutions that create value for both consumers and businesses by leveraging on a network of innovators.

Olander was also at Nike for 21 years, where he held several key marketing leadership positions. As Vice President of Global Digital Innovation, he led a team of innovators to create Nike’s future platforms for consumer connection, contributing new revenue streams towards Nike’s $50BN target by 2020.

In 2012, he published an Amazon top 10 book along with Ajaz Ahmed, founder and Chairman AKQA, titled ‘Velocity: The Seven New Laws for a World Gone Digital’. The book gives up-to-date examples that illustrate key lessons, together with insights, ideas and inspiration that individuals and businesses should adopt to thrive inthe digital age. 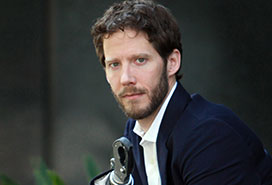 Aron Ralston’s extraordinary story of survival, as told in the New York Times bestseller, ‘Between a Rock and a Hard Place’ and the film, ‘127 Hours’, starring James Franco as Ralston, captured headlines around the world in 2003 when he freed himself from being trapped between two boulders in a remote canyon by severing his own arm. After six days without water, means of communication or hope of escape, Ralston, an experienced climber and avid outdoorsman, harnessed his determination to live; using a pocket-knife to sever his arm below the elbow, trekking seven miles to find his would-be rescuers. With an unforgettable story of an ordinary man pushed to extraordinary limits, Ralston captivates us all with his incredible story of survival in the face of insurmountable odds, inspiring others to harness the power of inner strength and one’s relationships to overcome life’s adversities, regardless of how large or daunting their “boulder” may be.